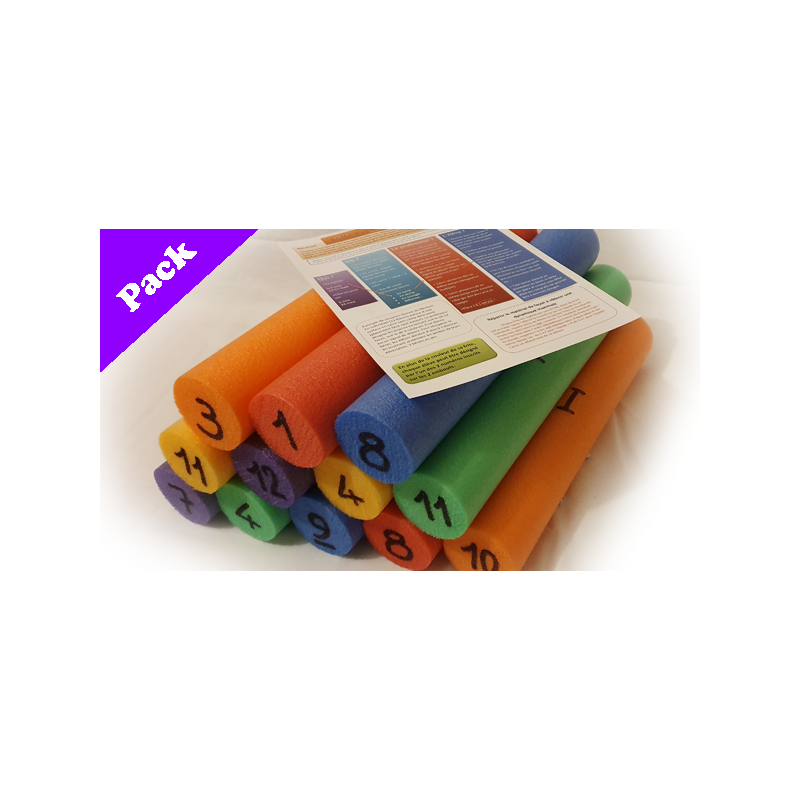 This product is no longer in stock

This training Kit is a Kit ready to play.

Supplied with a leaflet offering a number of variants, this kit is based first on the rules of a very popular game: The game of the Beret.

Was this meadow that the rules are adapted to the games of opposition and can spread very quickly to other games of the type "hawk", "game of the flag", "Battle royale", etc...

The strong point of this Kit lies in the fact that it enables a learning management efficient and simplified games for the teacher:

Once the sticks in the foam distributed, and the rule, the teacher has to do is to designate the students who will compete according to the rules established. For this, it has numbers and colors.

The system of numbering and colour of the sticks in the foam was calculated to allow for a mix of maximum students. And with only 1 stick in the foam, a student can meet with up to 6 different opponents according to the total quantity of players. In other words, once the sticks in the foam distributed, the game is self-sustaining and will not suffer loss of time managing the hardware.

Examples of variation: "the game of The flag":

Team 5 c-6 (11 students) face-to-face, behind 2 rows of camp spaced far enough apart (as in the standard version of the game in the beret). The professor refers to a 1st student and then a second and then a 3rd and so on continuously.

Students can be removed by only touching the legs of their opponents with their sticks in the foam. The teacher regulates the game by naming of new students that were not eliminated by either calling a number or a color (which towards the end of the game is more easy to call the students remaining).

This kit is composed of:

In the end, this system of designation of students with colors and numbers is going to require more listening and attention despite the dynamics of the game that pushes to the reverse. Which on the level of education is also what you are in search of control: The control of his emotions to learn more effectively.

9 other products in the same category: